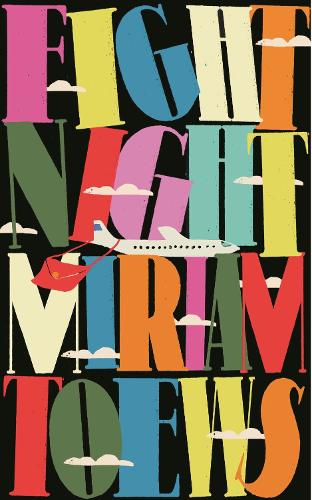 This is a glorious, fizzing novel about three generations of women. It’s narrated by nine-year-old Swiv, who has been suspended, again, for fighting at school and is being looked after at at home by her Grandma while her pregnant actor mum, Mooshie is working. Swiv has a wonderfully believable voice, sometimes funny, sometimes anxious, that blends her grandma’s turns of phrase with her own youthful understanding. There are many lovely passages about their day to day:

“Grandma’s leg really hurts right below the knee and she doesn’t know why, it’s a new thing. She checked to make sure she had enough bullets in her purse so she can go out to play cards all day with her friends. When she swallows her pills she pretends they’re tiny soldiers sent off to fight the pain and sometimes she holds them up and says to them, thank you for your service, lest we forget, and then she swallows them and says play ball!”

Swiv is a worrier but to be fair does have plenty to fret about. Grandma is seriously ill and old and Swiv is entrusted with managing her medication and care. Her dad has disappeared (one of Swiv’s home-school tasks is to write her absent father a letter which forms the basis of the narration), and her aunt and grandpa both killed themselves leaving her worried about her mother’s sanity. Mooshie is often angry or upset and has demons to battle, but Grandma provides a lot of love and laughter. She has such verve for life yet doesn’t hide the sadness either. She urges Swiv to always fight. In fact, she teaches us all how to approach life with laughter even when in pain.

The novel is in two parts – part one at home and part two a trip away so Grandma can visit her cousins. All three female characters are great, although Mooshie remains at a distance to the reader. The men are mainly absent though their impact looms large. Toews is always amazing at finding the funny in the sad. She unearths it like life’s treasure. This is what you must do, she says, breathe, live, laugh. You don’t need to be familiar with Toews’s own life and previous books to enjoy this, but it’s helpful to know that the Mennonite community Grandma consistently references (but doesn’t name) is the same one that Toews came from and rejected. And Toews’s father and sister died by suicide. (All my Puny Sorrows is incredible.)

“… what makes a tragedy bearable and unbearable is the same thing – which is that life goes on.”

It’s a joy to read this bittersweet story. There’s not much plot, the trip to Fresno is a bit of a caper, and it all races along, much like life. But Swiv and Grandma are superb characters and spending time in their company is beautifully life-affirming.

“All My Puny Sorrows” (what an excellent title!) by Miriam Toews is an extraordinary book about two sisters (Elfrieda and Yoli) and their Mennonite family. It’s Yoli’s first person account of how Elf attempts suicide and begs for Yoli’s help to die. What makes it so special is how Toews takes this devastating material and manages to make it consistently witty, genuinely funny, and real. Her own sister committed suicide, as did their father. It’s as if Toews is reporting directly from the frontline of grief. She’s such a talented writer that she’s somehow managed to form this tragic raw material into an incredible novel.

It is full of so many great lines that I highlighted huge chunks of the book. From incidental throwaways such as this:

To criticisms of the medical staff on the psychiatric ward for their lack of attention to Elf as she refused to obey their directions:

“Nurses in cardio are far more playful and friendly than they are in psych.
If you have to end up in the hospital, try to focus all your pain in your heart rather than your head.”

Yoli always feels spot on. I imagine she’d be the best wise-cracking stoic friend a gal could have. How she and her mother endure is wonderfully life-affirming.

This is my book of the year. Yeah, already. I honestly doubt anything else can make me feel this way. From the perfect title, the perfect cover, to the perfect prose it’s all astonishingly good.